Today I’m going to start a small series of posts on tobacco manufacturers and where better to start than the biggest producer of them all, the American Tobacco Company. When James Duke started American Tobacco in 1890 by merging with several other producers, but Duke had been in the tobacco business since the 1870s where he had made a fortune by being one of the first people to mass produce cigarettes with a machine invented by James Bonsack.

Bonsack had tried and failed to sell his invention to the William Blackwell Company (at the time the leader in tobacco sales which were focused on chewing and pipe tobacco as the cigarette was not popular at the time) and Duke stepped in and bought the rights to the machine, making him able to monopolize the cigarette market with much lower prices than any competitor. Duke, not content to sit on his laurels began using the profits from his cigarette monopoly to purchase other tobacco companies through tactics that would be illegal today such as price manipulation and undercutting to run his competitors into bankruptcy or insolvency so he could buy them out or force them to merge with him. 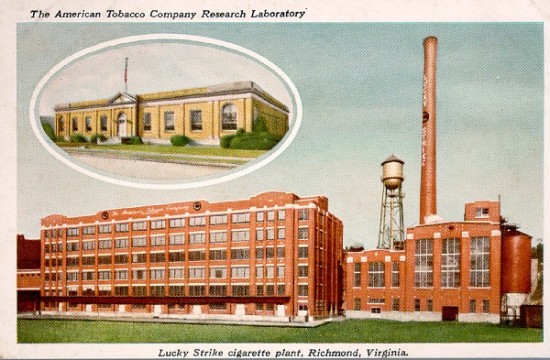 When Duke incorporated the American Tobacco Company in 1890 he already owned at least 80% of the cigarette market and controlled most of the smoking or chewing tobacco producers through intimidation or business arrangements. By 1904 Duke had absorbed even the largest competitors: RJ Reynolds, W.T. Blackwell, and F.R. Penn, which meant that by 1906 American Tobacco owned over 80% of the US tobacco market.

The power of the industrial monopoly had reshaped the economy of the US to the point that in 1890 Congress passed the Sherman Anti-Trust Act and in 1907 a court found American Tobacco in violation of the statute and ordered the company broken up, the company appealed all the way to the Supreme Court and finally lost in 1911. The company was subsequently broken into three pieces: American Tobacco, Liggett and Myers, and P. Lorillard. RJ Reynolds was also released from the company, and while not as large as American Tobacco had been, these companies still were each giants in the industry and still exist to this day. 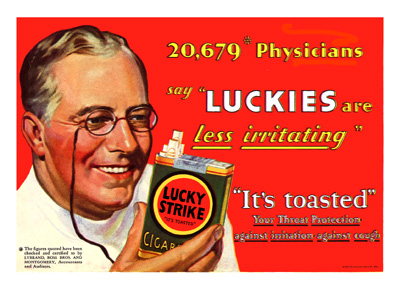 James Duke himself soon retired from the company and went on to pursue other interests including the founding of Duke University, which bears his name.

American Tobacco continued along after the breakup and had factories in Durham and Reidville, NC, Louisville, KY, and Richmond, VA. In 1916 American Tobacco introduced probably its most famous brand: Lucky Strike, but through the years the company introduced hundreds of brands to the market. 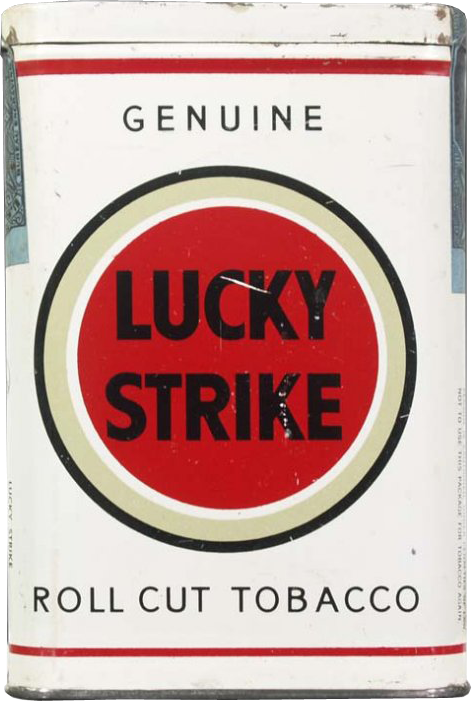 The rarest Lucky Strike tin is this white one!

The company would continue to operate under differing corporate arrangements until it was bought by Brown and Williamson in the 1990s. I still haven’t ever been able to find a complete list of brands produced by American Tobacco Co. so if you have a list please let me know because I would love to do a more in depth feature article on the company.